The cool fall weather seems to be just around the corner, soon the leaves will begin to change colours and already the river anglers begin the search for salmon and steelhead. You can throw flies, drift, or even cast hardware when those big migratory fish are in the rivers. They all work, and they are all fun, but it seems like a lot of anglers gets caught up in fishing only one, and refuse to change it up. But no matter what you like to do, catching salmon and steelhead in rivers is fun! So here are the top five baits you should be carrying when you are on the river. 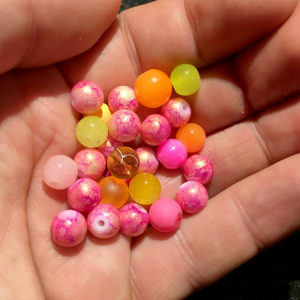 Since they gained massive popularity, beads have been part of every conversation amongst steelhead anglers. They are easy to use, catch fish non stop, rarely gut hook  fish, come in a variety of sizes, colours and weights, and last until you loose them.

What colour works best? Well depending who you talk to you will get a wide array of favourites. If you are just starting off fishing with beads than carrying a variety of beads may work against you. Having too many choices will often get in your head and play with your confidence. Carry a dark mottled colour, a natural colour, an off the wall colour like blue or purple, and a bright colour like chartreuse. You can fish a bead under a float or with a fly rod.

The pink worm is definitely not a secret in the river world, they started to get popular in the early 2000’s and have continued to stay strong! I don’t usually use pink worms  in the dead of winter, but when things are not going on the bead or the water temps are rising, I will always take a drift or two with the good old pinky!

A lot of people use a bait needle and thread the worm on the line then tie on a hook, but over the last 7 years I have switched to wacky rigging the worms at the ¼ mark. Carrying a white worm for when the fish are in the estuaries and feeding on bait fish and a chartreuse worm for super dirty water rounds out the worm selection.

The popularity of the pink worm has transcended into the fly fishing world with the pink San Juan Worm regaining its popularity amongst the chuck and duck fly anglers, and also making the fly bin at your local shop a barometer for the steelhead action.. 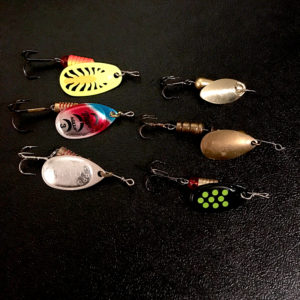 Chucking hardware can save the day! It seems when you first start fishing, everyone throws a spinner, but then as you get older, and more experienced, throwing spinners for trout seems to go out of fashion. Well guess what…they still catch fish!

When it comes to colour and size there is only one way to pick…look at the water you are fishing. In clear water silver is my go to, as the water starts to gain some colour I move to gold and if the water is down right muddy a white, black or even green blade will get the call. The water speed and depth determine the weight on the spinner as well as the size and shape of the blade, but I usually fish with a Colorado blade because it will spin at very slow speeds.

With a slight modification to the spinner you can make them less damaging to trout and salmon. Swapping out the treble hook for a single hook will result in better hook ups, a better landing ratio, and a much lower mortality rate. 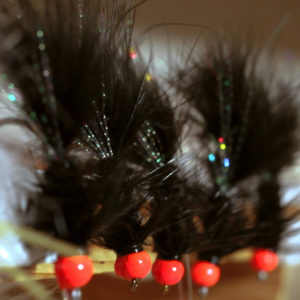 One of the all time great flies, works under a float as well as a fly rod. The early fall and spring seem to be the best time to use a wolly bugger, but I wouldn’t count them out in the winter. I like running them through deep pools and across riffles. You can get wolly buggers in just about as many colours as you can imagine but if you are just starting off, carrying a black, olive, and white in sizes 10 to 1 will cover most situations.

If you are tying your own flies than experimenting with colour combinations is a great way to find that one colour that will set you aside from the pack. One thing to always consider is the UV spectrum that steelhead can see in.

Click here for a run-thru on how to tie a basic wolly bugger.

Click here to see the wolly bugger in action! 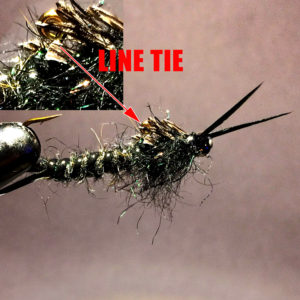 This is the one fly that I always keep tucked away in my pack but I don’t use them often. A stonefly pattern has more than once saved the day! When all else fails, fishing a stonefly will almost always work.

I typically start using stonefly patterns when the temps are flirting with freezing and will throw it well into the spring. You can carry stoneflies in sizes 4 to 1 and be set for most situations but I have a size 6 stonefly jig that I tie specifically for fishing under a float so it sits in a more natural horizontal position.

The bottom line is it doesn’t matter if you are a hardware guy, fly guy or drift guy, fall marks the beginning of months of excitement on the rivers! 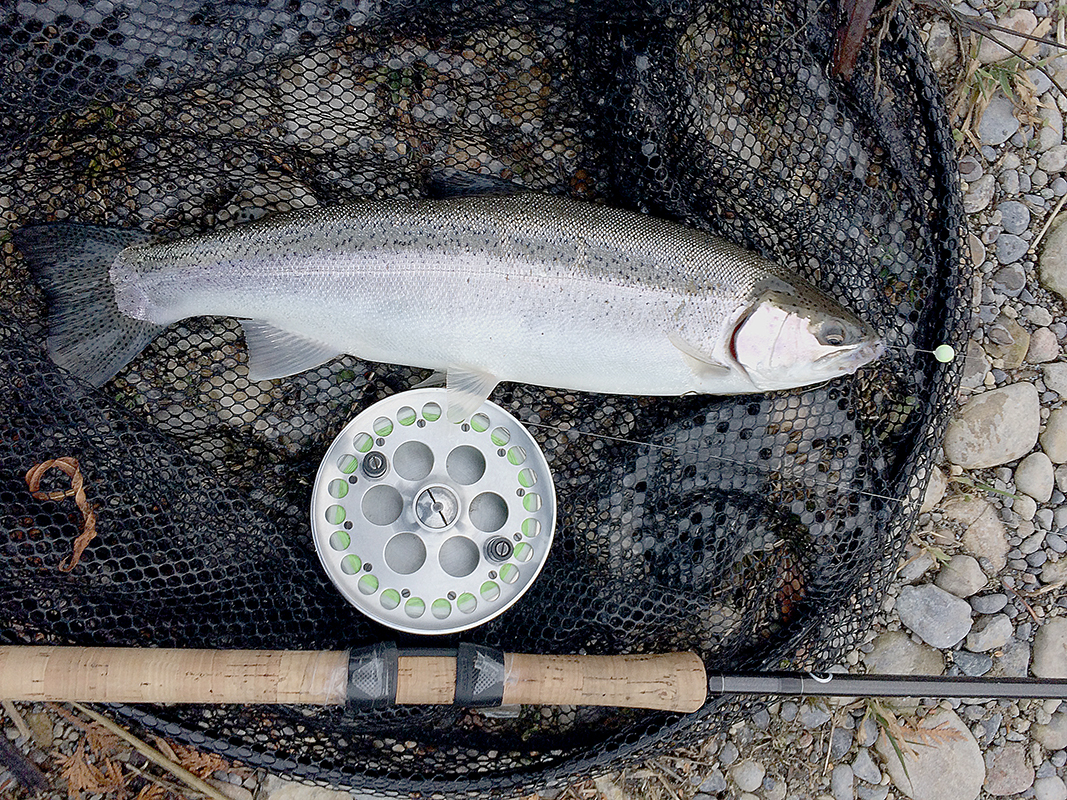 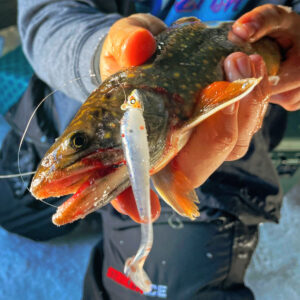